It's been a few weeks since Exit Mask's first chapter, "Sutures", was made available for download to serve as a demo for the full game. Since release the game's page has received more than 1300 clicks, 300 downloads, and 50,000 views on YouTube thanks to indie gaming focused creators, numbers I am extremely happy with given this is my first foray into game development as a solo dev.

With the surprising amount of coverage I got, along with amassing a small yet enthusiastic amount of followers to my itch account, I figured it'd be good to get in the habit of posting updates semi-regularly, so I'm starting with this devlog.

As stated at the end of the demo, production on the second and third chapters has already begun, so the purpose of this post is to let you know the steps I've already taken to improve the game as well as what to expect when the new chapters are complete. I thought I'd mention I now have a Twitter account where updates about the game will be made, such as if I made a new devlog here, or have a new screenshot to share, so go follow that if you want to stay in the loop to Exit Mask's dev cycle.

Aside from an extremely basic main menu I found Exit Mask to be completely lacking in "program functionality". While the game itself was still functional (save for some bugs) there were almost no options that were added for the player's convenience. The player couldn't pause, alter any game settings, exit out of fullscreen mode etc. Admittedly many of these things did cross my mind during development, but I brushed them off with the excuse of "well, this isn't a big budget game, it's a weird niche horror game where the form ultimately is more important than the function. I can get away with skimping out on conventions players are used to". Only when it was sort of too late did I realize this was not a great mindset to have because honestly, it doesn't matter how "artsy" your game is, tabbing out to change the computer's volume or close the game is never not a pain in the ass.

Going forward I have several QoL changes to make playing the game a (relatively) more pleasant experience. For starters, I have begun making an actual pause menu, activated by pressing escape. Before if the player pressed escape their cursor would unlock, but otherwise wouldn't do much unless the .exe was windowed. From this menu you can exit the game/return to the main menu (with confirmation prompts), but more importantly access the player settings. 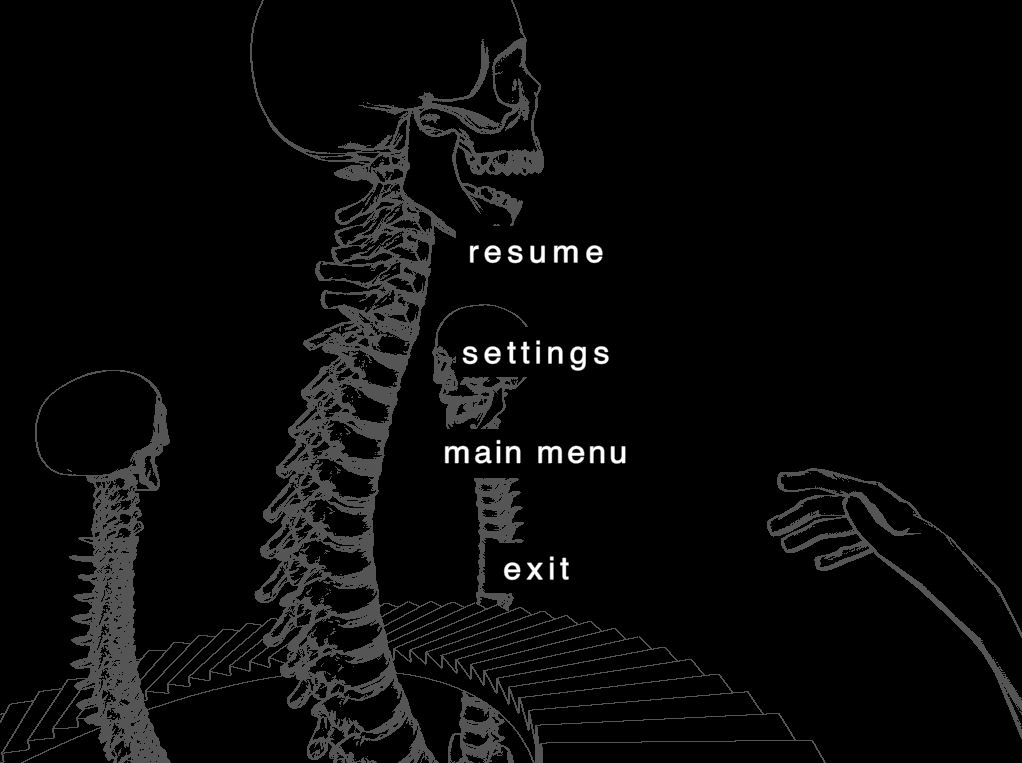 Now, I'm an artist first and programmer second, so the settings aren't going to be that advanced, but nevertheless I think players will appreciate the ability to change the in-game volume as well as tweak their mouse sensitivity (not pictured is a checkbox that will toggle fullscreen mode on/off). 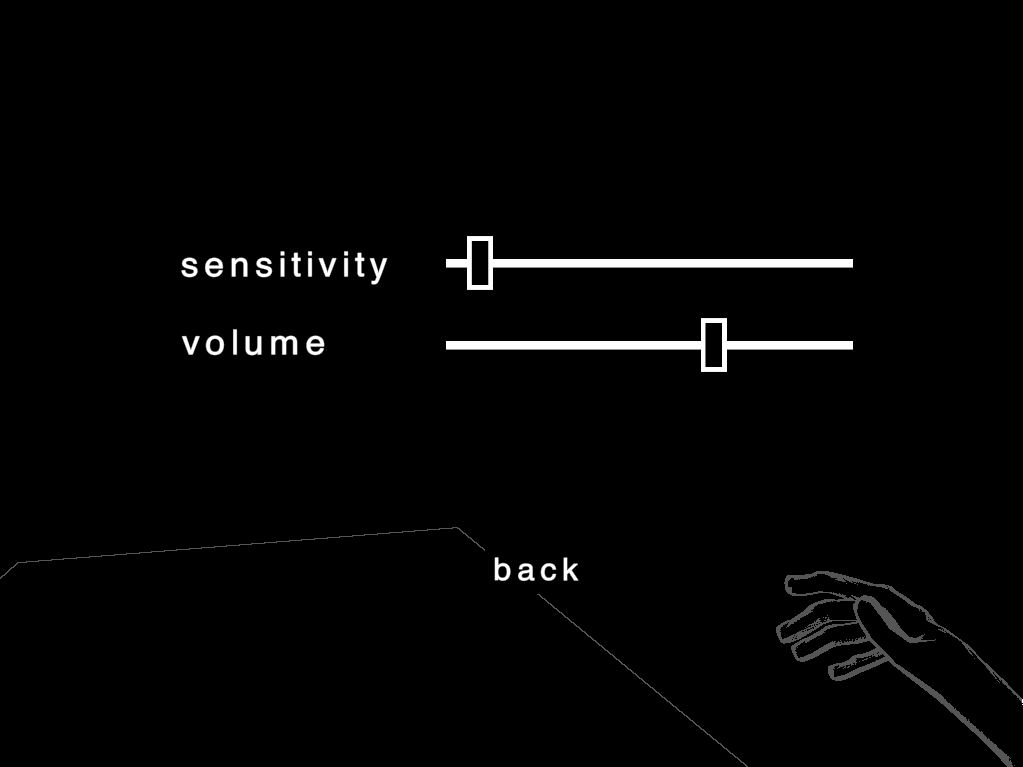 Lastly, there will be some form of a save system. Given that the demo can be beaten in roughly 15-20 minutes I didn't see the need to give the player the ability to save their progress. But if the second and third chapters match the length of the first (and I do plan on making it so), it'd be unfair to ask the player to dedicate roughly an hour of game time without a proper save.

In regards to the forthcoming chapter, I'm going to remain pretty tight-lipped about its progress given that the game is pretty linear as it is. Revealing too much would slowly ruin the experience, but I am able to go into brief detail of what I've done without spoiling things.

Chapter 2, titled "Sepsis", follows the same format of "Sutures", with 3 or so large scenes that the player must navigate through to reach the end and progress to the next one. New enemy types have been created with more engaging AI behaviour than before, and I plan on using a mixture of both the new enemies and older ones to have more well-rounded game scenes that reiterate on past mechanics. Level design has also begun and is near completion for the first scene in the chapter. I'm aware that this isn't too much to go off of, but at least it shows that I do have a plan for the later parts of the game and have already begun putting them into place. The last thing I'll leave you with is that with "Sepsis", I plan on designing it with a "biological" theme in mind, so make of that what you will.

Anyways,  that's all I've got for now. Thanks for the taking the time to read this, I'll make sure to hit you guys up with another devlog as soon as the time is right.

your favourite patterns are slightly abusive...