For the past month and a half now I've been putting work towards the development of Exit Mask's second chapter, "Sepsis",  and I'm glad to say things are about ready to be wrapped up. After some final bug fixes and minor sound implementations, two-thirds of the game will be finished, leaving just one more development cycle before Exit Mask is officially feature-complete, along with some time to add the final bits of polish. Unlike with "Sutures", "Sepsis" will not be made available individually, but rather, included in the full game's download once the third chapter is complete. While I was content with putting out the entire first chapter to serve as a demo for what the game would entail, going forward I wanted to avoid the format of an episodic release, as delivering the game in a combined package just sat better with me. This does mean that it'll be a few more months before you get to experience any new content related to the game, so I do appreciate you guys being patient.

With that said, given the current state of the project I'm now in a position where I can comfortably discuss the more recent additions to Exit Mask, and thankfully there is a lot to go over.

As mentioned previously, "Sepsis" is the second chapter of Exit Mask, following "Sutures". In many ways, "Sepsis" offers more of what was found in the first chapter, while building upon some of its shortcomings. The format of levels is still largely the same, including labyrinthine game scenes, objectives and hordes of horrific adversaries, but it attempts to build on what was established before while improving on the first chapter's design shortcomings. This is most on display with the layout for the Ward, one of the two main scenes in "Sepsis", previewed below: 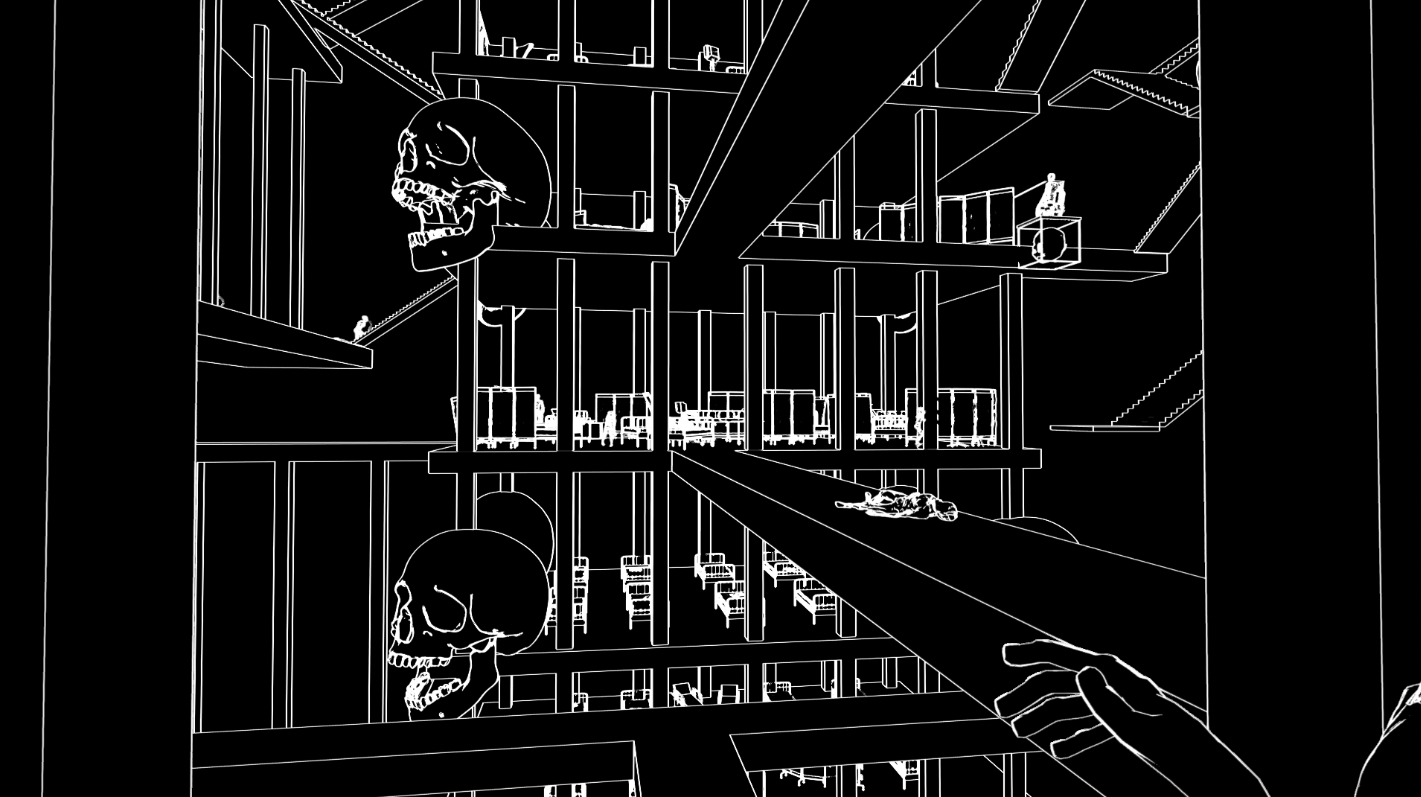 The Ward is a towering mass of structures tethered together by rickety stairwells, formerly a sanctum for the sick and dying. Old hospital equipment such as beds and stretchers are strung about while half-dead humanoids wander its premise. I approached this level with sprawl and verticality in mind, forcing players to continuously head upwards instead of forward. Designing it was an exercise in connectivity, utilizing the towers' numerous floors to bridge gaps between each other and give access to newer vantage points. Its much more ambitious than any set piece found in "Sutures", and I hope it lends itself well to the overall pacing in "Sepsis". 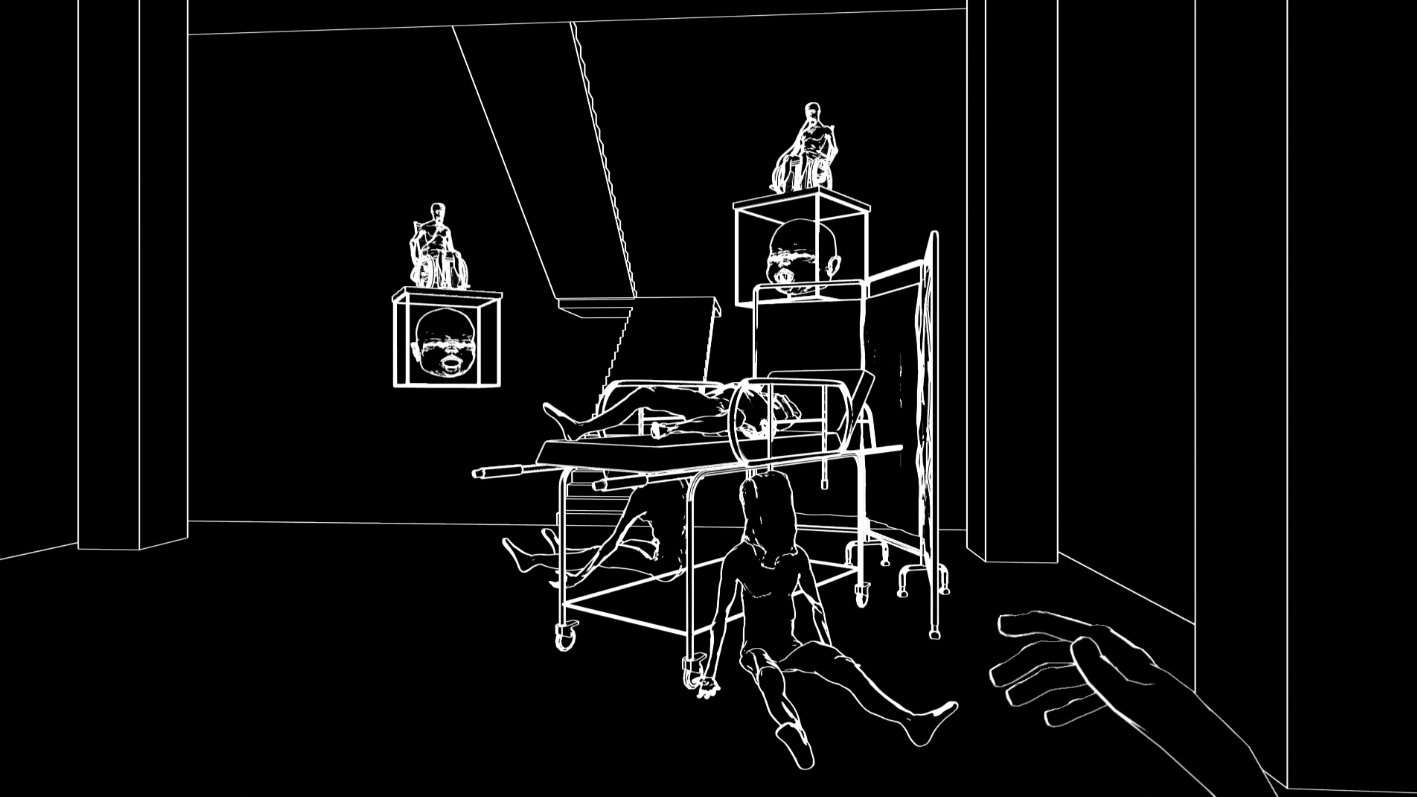 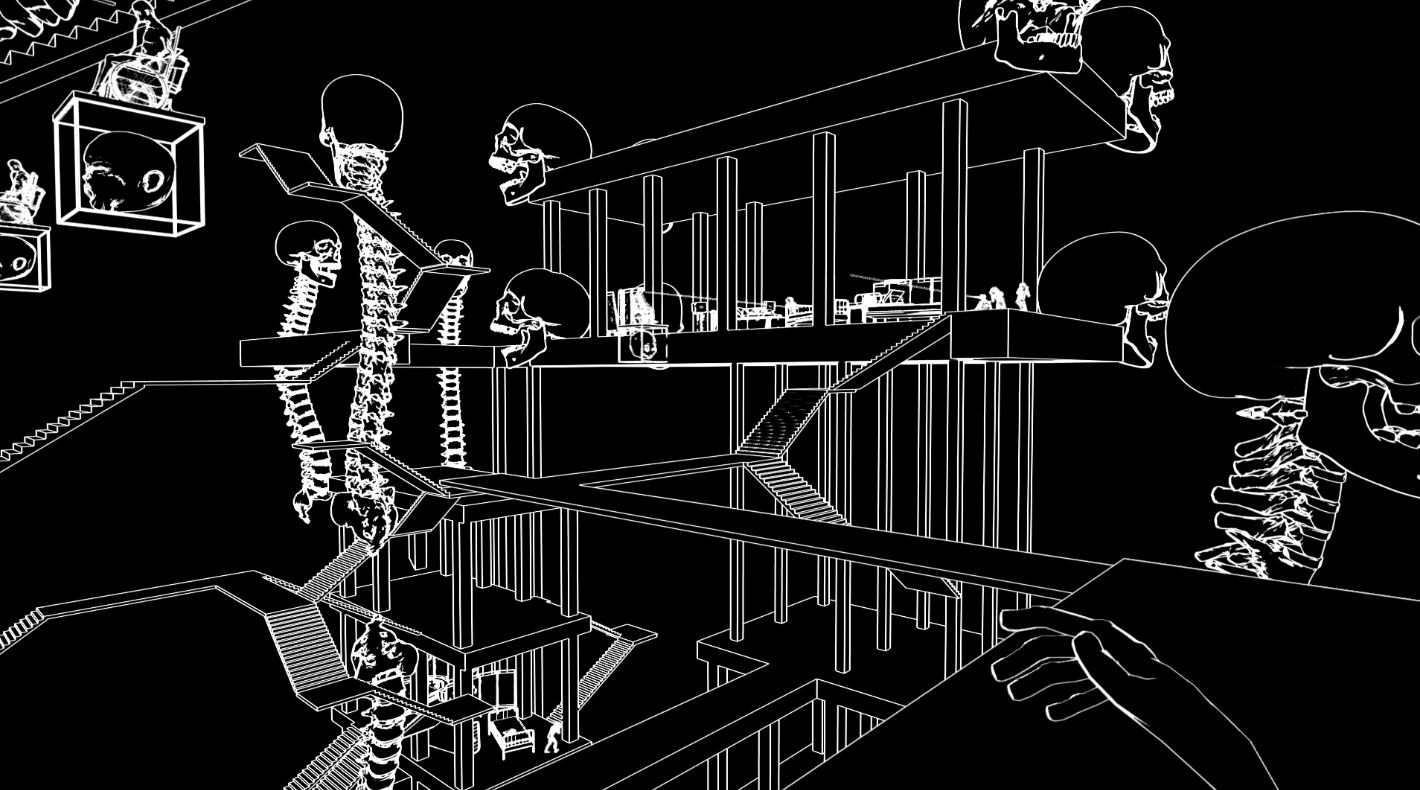 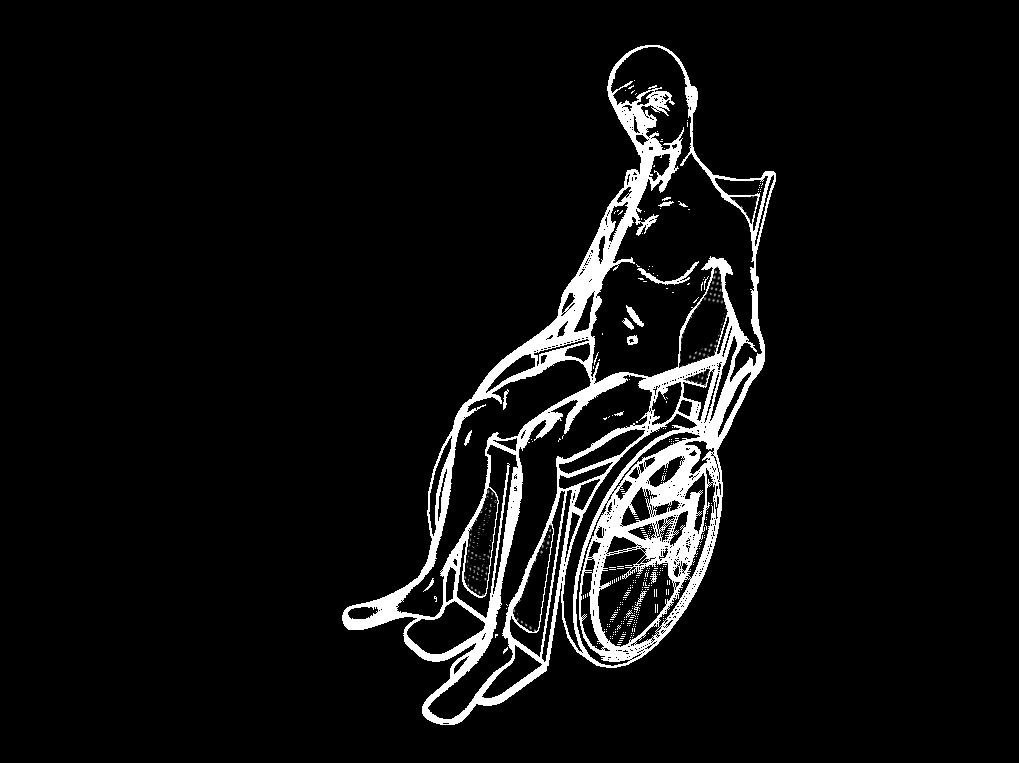 Aside from new game environments, new enemies have been added to serve as major hindrances in "Sepsis" with their own unique mechanics, including the Perambulator and the Judicator. The Perambulator is a terminally ill wheelchair-bound husk that acts as a sentry for ground-based enemies. Either perched upon a vantage point or riding atop an Incubator (an encased fetus), Perambulators survey their vicinity from the high ground , siccing their hounds onto the player should they be spotted. Without a box cutter to defend themselves in this chapter, players must use their surroundings to shroud themselves from the Perambulator's all-seeing eyes. 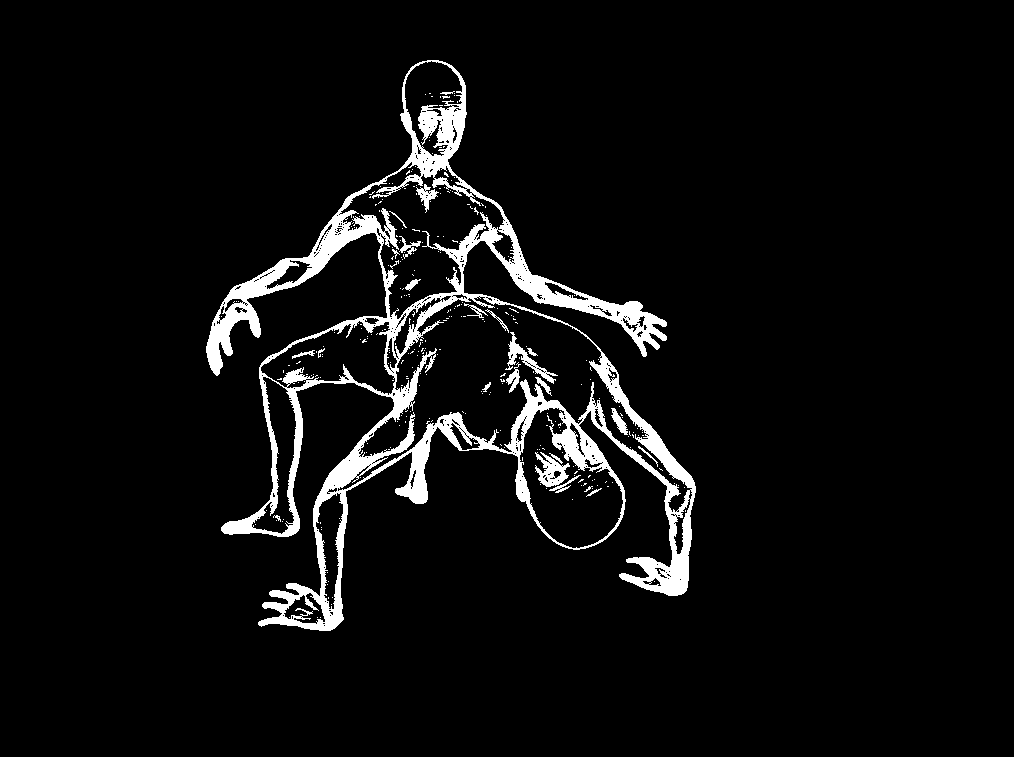 The Judicator's approach, however, is much more direct. Inspired by Nemesis and Mr. X of Resident Evil fame, I wanted to attempt to create a character whose presence is constant, something that would keep players on edge. A hideous transmutation of flesh, the Judicator ceaselessly pursues the player once they are awakened from their slumber, never straying too far until they've either escaped or fallen victim to one of the game's many horrors.

With the absence of a weapon and a means to retaliate in "Sepsis", I designed these enemy behaviours with an emphasis on player movement. While I thematically liked the inclusion of the box cutter in the first chapter, and do think it served its purpose for the most part, I felt like I needed to exclude it from this one in order to ask more of the player. Instead of being able to incapacitate enemies at their own expense, players are now required to physically avoid them, be wary of their environment and in some cases have their reflexes tested, hopefully resulting in a more engaging experience.

And there's a snapshot of what has been worked on this past month and a half. There's much more environmental art I could show off, plus one other unnamed enemy, but I'd much rather save those for when the game is fully complete. With "Sepsis" practically done at the time of this being posted, only development on the final chapter, "Scabs", remains. "Scabs" is in its infancy still, having not even passed the pre-production phase, but it's something I'll be putting into motion very shortly. Based on how development was handled for the previous two chapters, I estimate it will be finished in three months at the latest, so you can expect another update between then and now. Once again your patience is extremely appreciated, and I'm grateful for all the kind words that have been sent my way over email, Twitter and YouTube these past few months. I'll make sure to make the wait for Exit Mask worth it.

your favourite patterns are slightly abusive...